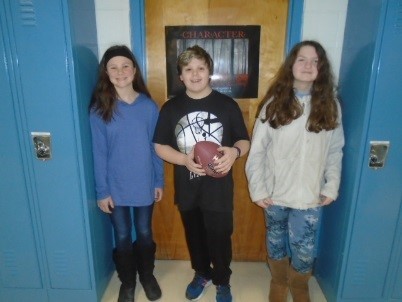 Students from all three grades at the middles school submitted essays on who they thought would the Superbowl this year. The students gave many reasons why they picked one team over the other. Some of those reasons included offensive ability, strength of defense, individual player skills, and even the uniforms.

Students were also asked to describe what it would be like if the Buffalo Bills were in, and won, the Superbowl this year. In the end, three sixth graders stood out among their peers in their writing predictions.

The winners were Julie Durham, Rlyeigh Scuto and Krystal Wainwright. All three won $15 gift cards to Target for their efforts.